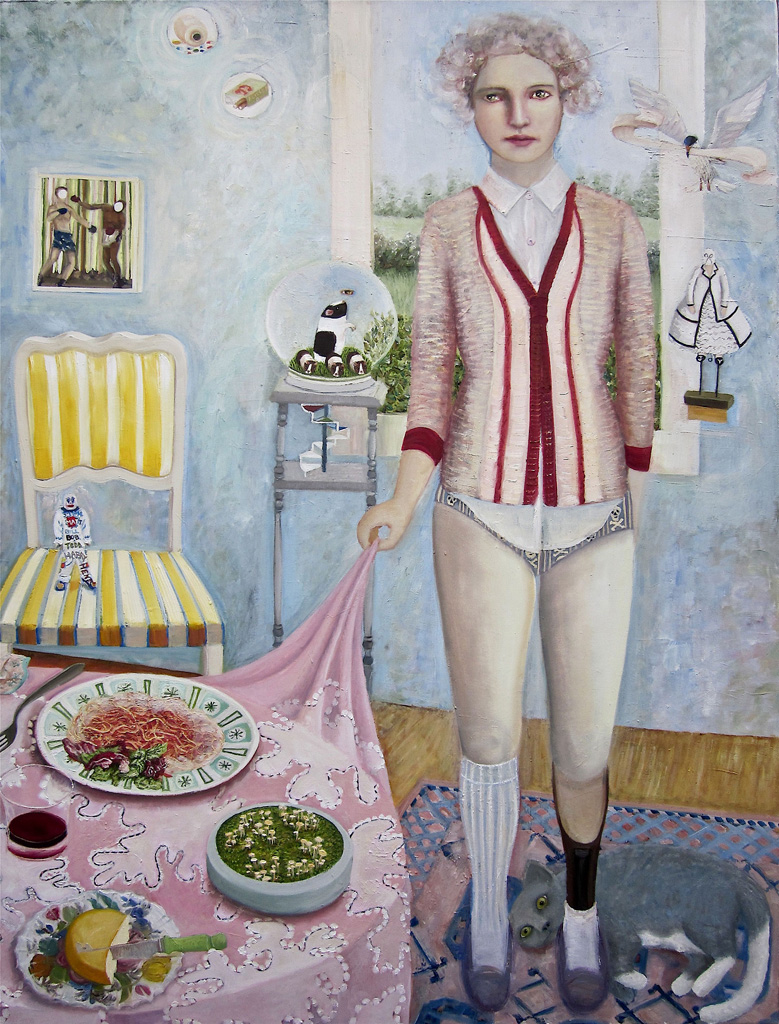 On the cathie is a small wooden figure. It is labeled Bill, Bob, Harry… The table is set with spaghetti, cheese, and a dish of strange tiny mushrooms, but she threatens to upend all of it.

The woman in the painting wears a businesslike top, it suggests that she is capable, her lack of pants/skirt suggests she is sensual. Her stance says she is strong willed and rebellious. Her artificial leg shows her imperfection and vulnerability.

Bottles of pills and boxes of cigarettes float in bubbles around her. A bird holds a banner that reads, “you’re a fool. ” Just below is a heavily clothed statuette wearing a cumbersome giant dress and mask, the person within is utterly obliterated by her clothing, and her clothing is an exaggeration of victorian dresses with their giant hoops and petticoats and the complete covering of the face and body of a woman is considered pious and mandatory by certain conservative factions of religion today. This figure is hidden and blinded and encumbered and imprisoned by this ridiculous construction by men and for men.