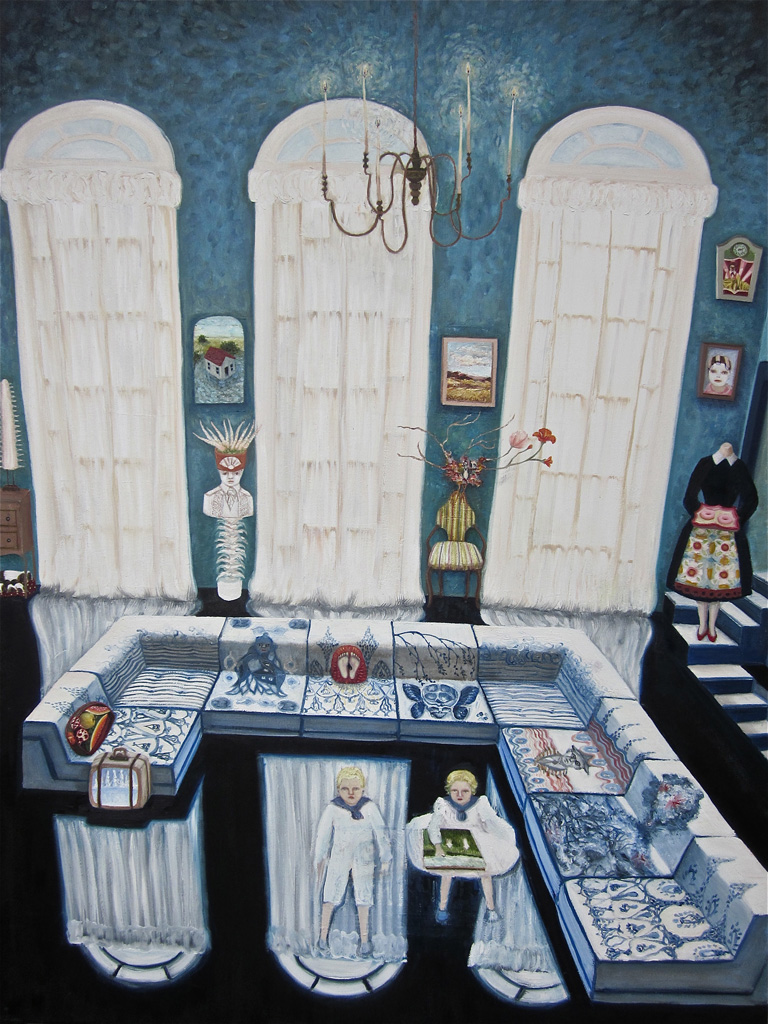 Two Children in a strange home, their suitcase rests by the couch. On the wall is an image of a house being swallowed in water. The floor of this room is black, and reflective and feels like it’s not there, like it’s disappeared under water.

There are references to war, and violence and deities in the couch designs. A replacement headless robot mother stands at attention, bearing pink frosted doughnuts.

And signs that life grows in unexpected places, a branch, a bird and flowers emerge from a chair, a strange spine grows a soldier’s head, and his hat bears an unruly crop of parsnips.

And a litter of guinea pigs smuggled in, nestles snugly under a bureau and the children, set in this strange and cold place, sit with the book of graveyards on their lap.