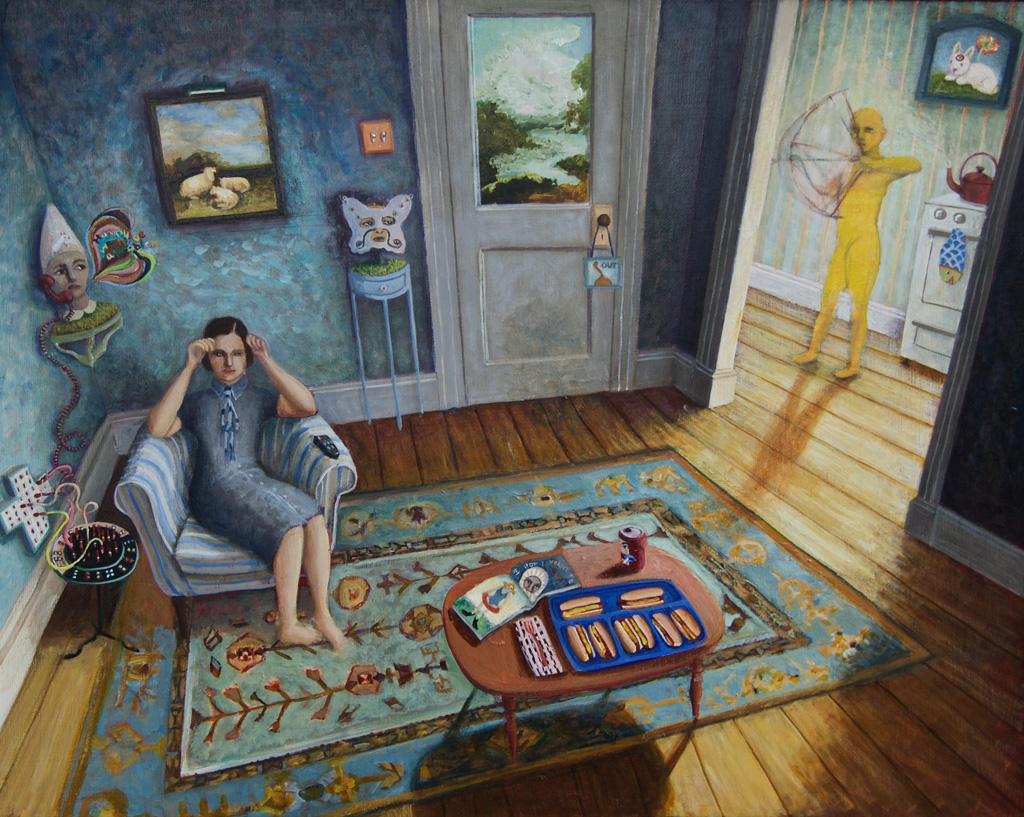 Celia Shapiro recreated and photographed the last meals of death row inmates. The meals were mundane. They were comfort food. One was a tray of hot dogs slathered in mustard.

“Honey we have a problem”, reports the disembodied head in the corner clutching the phone. There is a distractedness to the woman seated in the chair, she may be contemplating a television. Eight hotdogs with mustard on a tray wait to be consumed. The last supper.

A yellow boy is preparing to shoot an arrow… at what…we can’t see. He stands beneath at the picture of a bunny with a bullseye on it’s forehead. Violence is actually so mundane. We tolerate it in all sorts of forms in society. Our tolerance varies from culture to culture. What interests me is the line where it ceases to be considered acceptable and sets off alarms.

Children commit violence which is tolerated as normal, kicking, hitting, sometimes they use weapons, my sister and I used wooden chairs, and a wooden swing seat. They pull wings and legs from insects, some children might kill even a small animal out of curiosity, and we grownups may eat an animal or two, we may hunt, we may smack our kids. Violence is everywhere, violence is mundane.

Have a Sandwich
Scroll to top